From March 13-25, 2020, Kino Sports Complex in Tucson will host both pools for the Qualifying Round of the 2021 World Baseball Classic. Each pool will feature six teams with the top two finishers in each pool advancing to compete in the 2021 World Baseball Classic. Teams invited to participate in the Qualifier are Brazil, Czech Republic, France, Germany, Great Britain, New Zealand, Nicaragua, Pakistan, Panama, Philippines, Republic of South Africa and Spain. The four advancing teams will join the 16 countries – United States, Australia, Canada, China, Colombia, Cuba, Dominican Republic, Israel, Italy, Japan, Netherlands, Mexico, Puerto Rico, South Korea, Taiwan and Venezuela – that received automatic invitations based on their performance in the 2017 tournament.

The fifth installment of the World Baseball Classic, which will be played from March 9-23, 2021, will take place at the Taichung Intercontinental Baseball Stadium in Taichung, Taiwan and the Taoyuan International Baseball Stadium in Taoyuan, Taiwan; the Tokyo Dome in Tokyo, Japan; Chase Field, home of the Arizona Diamondbacks, in Phoenix, Arizona; and Marlins Park, home of the Miami Marlins, in Miami, Florida. Three rounds including the Championship round will be played at Marlins Park.

“It is an honor to work with WBCI on this great event,” said Randy Sparks, CEO & Founder, Team IP. “Being a part of showcasing these teams from around the world, on a global stage,is an exciting opportunity and we’re looking forward to the games.”

About the World Baseball Classic

About the World Baseball Softball Confederation

ROSTERS AND COACHING STAFFS ANNOUNCED FOR POOL 1 OF WBC QUALIFIER 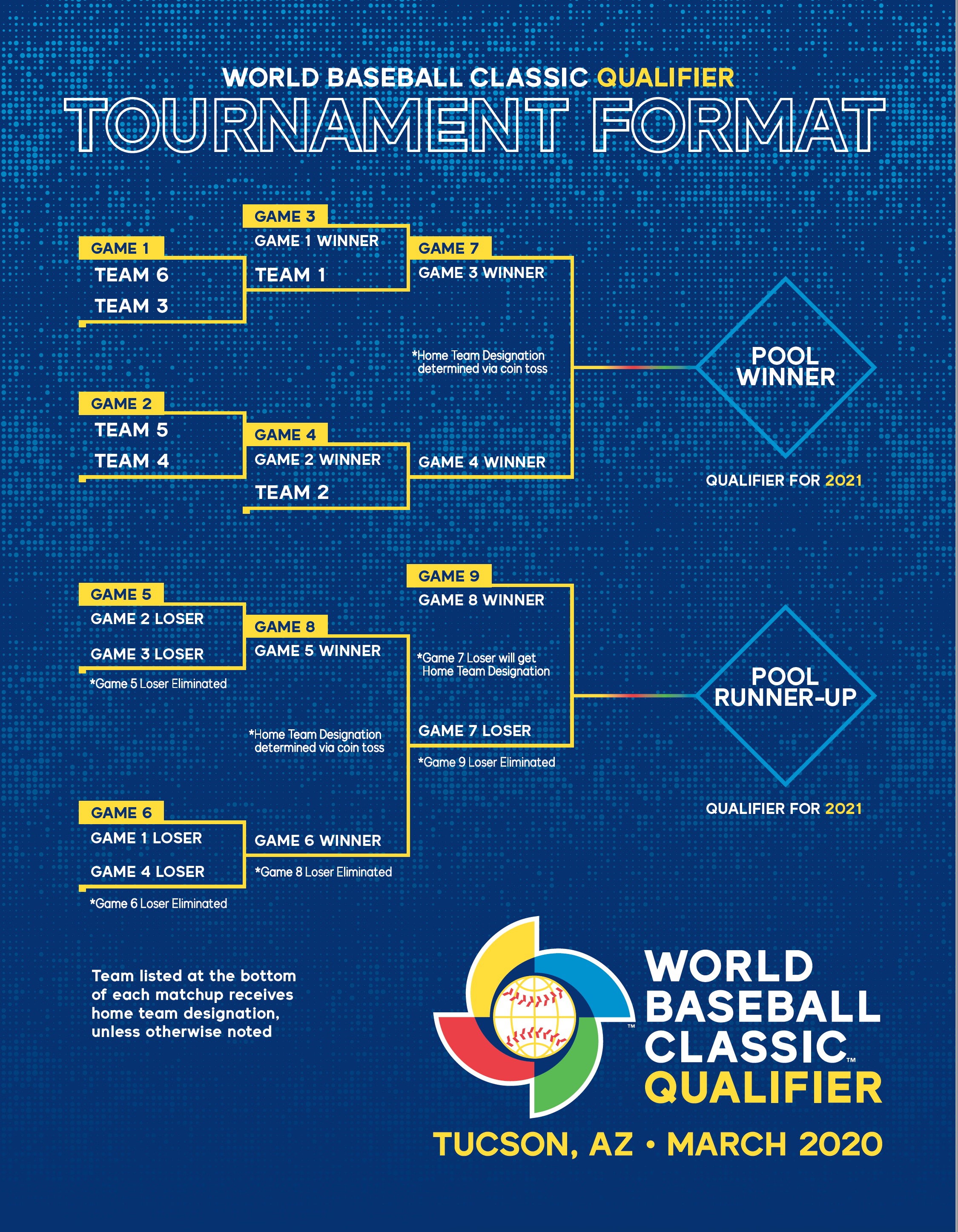