Team IP has been a leading apparel company in sports tourism for nearly 30 years. But the past two years have arguably been its best. Its client base is increasing, as is its number of warehouses. Best of all, nearly 80% of its goods have sold out in recent months—this despite an ongoing pandemic, which, while receding, has not been defeated yet. 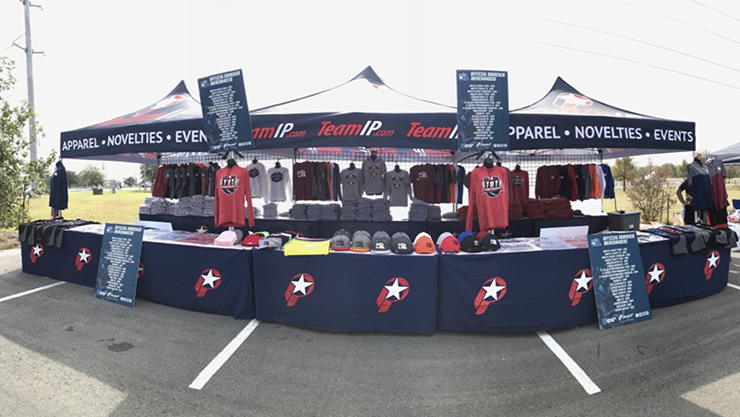 The big business is, of course, great for Team IP founder Randy Sparks, but also for the wide world of sports. The purchasing of physical mementos that turn games into memories is yet another sign the events business is on the right track.

Team IP has about 300 corporate clients, but its bread and butter has always been sports. Youth and amateur event organizers, NGBs and ESPN’s college football division make up Team IP’s roster of partners. Perfect Game, an elite amateur baseball outfit, is the latest to join forces. A handful of big-name colleges are also in the fold. 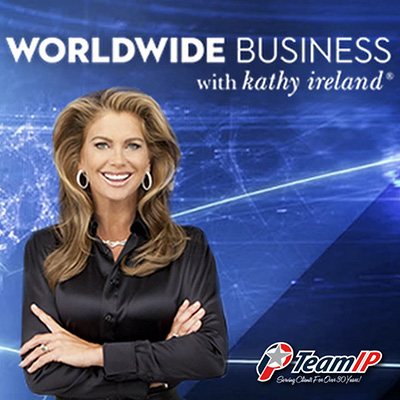 All told, Team IP will service 2,800 events through on-site activations and e-commerce opportunities, Sparks says. “There is a pent-up demand for consumer spending,” notes Sparks. “People are just so happy to be back.”

It’s no wonder Worldwide Business with Kathy Ireland featured the company in a February broadcast.

Other apparel companies exist in the industry, but Team IP maintained its foothold in the space when times were hardest. Raising $2.5 million for expansion during a pandemic will be a story heard around the industry for some time.

Here’s how Sparks’ company overcame the pandemic and beat the supply chain problems the rest of the world is still struggling with. Many of these lessons are universal, regardless of what role you play in sports tourism or if you are trying to build a business in another industry.

Trust in the Industry

Sparks has been in the business long enough to remember Y2K, 9/11 and the Great Recession. When a new sort of crisis took hold, he trusted his instincts. “I bet on the fact sports had to come back,” Spark says.
Indeed, sports tourism provided the initial shot of relief the events industry needed. Even now, crowds are selling out for sporting events at a faster clip than other high-profile gatherings. Sparks says a volleyball tournament Team IP is working is expecting double the number of teams this year compared to last.

When events halted and remained slow, Sparks went in the opposite direction. Team IP raised impressive capital and tried to build its customer base. As the leading manufacturer of college football gear due to its deal with ESPN, Team IP has the clout and reputation to get a meeting with just about anyone in the industry. Leveraging that stature ultimately sealed the deal with Perfect Game. As of this writing, high-profile NGBs were in talks with Team IP that would add to a list that includes US Youth Soccer and USA Boxing.

While there was little anyone could do to get the games returning to pre-pandemic levels, Sparks took advantage of the time to troubleshoot pain points within his control. The most obvious example is adding manufacturing factories in Waco, Texas, and Indianapolis. The original site in Stuart, Florida, remains in use but new distribution centers in the middle of the country will greatly speed up shipping at a time when demand is outpacing supplies—for the most part.

Have you heard anything about supply chain difficulties? By thinking ahead years ago, Team IP dodged a global challenge. When competitors were out of materials to ship to events by late 2020, Team IP was stocked with its in-house label, Dynasty, that it launched a decade ago with its partners. There’s no better way to add new business than getting a foot in the door at the right time. “Knowing what was coming, we were able to react,” says Sparks.

Changing With the Times

Sports apparel used to hinge on fans purchasing mementos for long-term memories, and that’s still a major facet of the business. An all-in-one platform, called Magenta, along with its own API is scheduled to launch this summer and will wrap e-commerce into the traditional pot and streamline the order process fully automated.